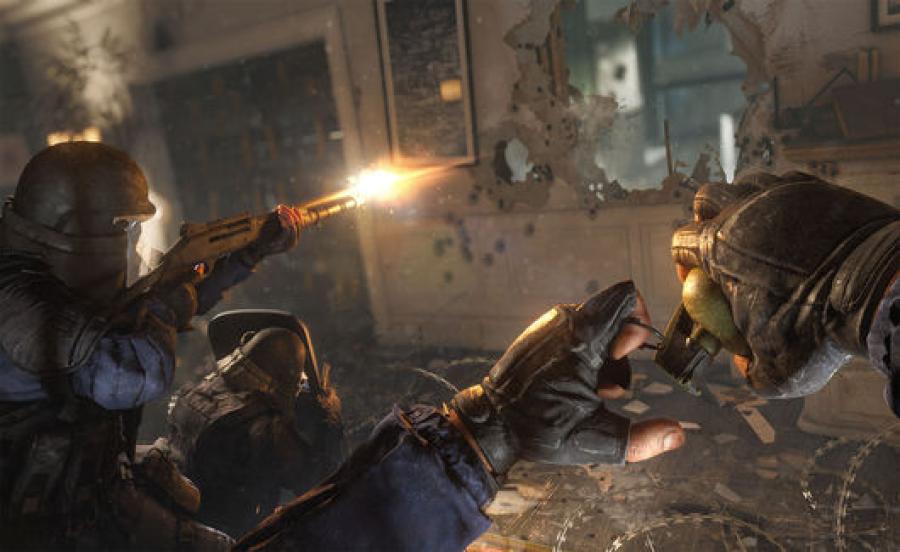 “Secure The Stand Down”

“Secure The Stand Down”

From the frying pan and into the fire, where D&D brought us stability in a world we crafted for ourselves, Tom Clancy’s Rainbow Six Siege brings us to a chaotic reality where every avenue of approach is open to exploit. Forget crossing the threshold of a home, why not just blow open a new one? Or take the scenic route, and use some rope to rappel in from the second story. Where Dungeon Masters and Game Masters rolled for success, Ubisoft leaves the player to make their own. Delve into the competitive world of Rainbow Six Siege with the News Team’s second installment of our two part series as we highlight the many gaming communities found within the Legion’s ranks.

While fewer in number and found scattered among the furthest corners of the unit, Siege fans continue to meet and queue up for matches on rather sporadic schedules. Far from the organization involved in Dungeons & Dragons, Siege requires little to no setup or organization. Allowing players to sit down and get right into the thick of it, no questions asked. 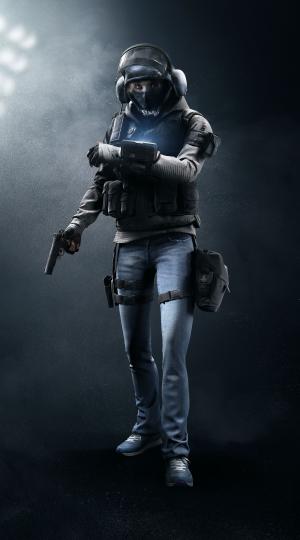 At its most basic concept, “Rainbow Six Siege” is a cooperative team based shooter that rewards teamwork and planning instead of bum rushes and quick reflexes. The game is played in a 5v5 setting with an attacking and defending side. More uniquely, it follows the “Hero” trend of shooters with characters called “Operators.” We won't bore you with all the details, but its game play style is rather unique in the shooter space and brings with it a very large fan base. With a large fan base, there are bound to be players that can be competitive. We were lucky enough to get some time with some of the more well known siege players in the unit to talk to them about it.

News team: What team are you apart of? Who leads that team?

Beast : I play by myself primarily, and when I do play with others I’ll party up with members of the unit such as Jackson, Weiss, and Narrator.

B: Depends, I played Siege on console for a long time before coming onto PC, in total now it’s been around three years since I’ve started. On my main account I moved well past level 100 and beyond on my console, while I’m level 105 on my PC account as of now.

NT: Was anyone involved in this process that might’ve driven you to getting it?

B:  I don’t remember, the game was out for well over a year before I started playing and by the time I did start, it was in a closed group of friends.

B:  I’m up for either, though I won’t play ranked with just anyone. If I’m queued for ranked, I’m queued to win. I only play Siege competitively in that sense with certain people, otherwise I’ll play casually.

B: The only way you’re going to get better is when you’re playing against better people. We’ll get better at the game by learning the maps we play and landing our shots.

B: Siege differs from communities centered around games like D&D, namely in its game-play. I’m not one to take a chance on dice, but I’ll take my chances in my own skills when playing Siege. There’s a lot more guarantee, and less uncertainty.

NT: Is it just one of the many vague shooters fielded by the unit? Or is the community’s involvement more in tune with that of the D&D Community despite existing on an entirely different game.

B: Compared to other first-person shooters, I find Siege to be more cemented in the unit. Though when viewing other games found throughout the unit, it’s like comparing apples to oranges. There’s no clear definitive game in the spotlight of our unit.

NT: Despite recent cancellations, would you be interested in seeing another unit-wide tournament held over Siege?

B:  I would love to see a unit-wide tournament held over siege. Even more-so, I’d be a part of it. Though I wouldn’t be so inclined to hold back when competing, we’re all going to be competing to win and I don’t intend to hinder my own teammates.

NT: What are the biggest challenges when you’re trying to find time to participate in these tournaments?

B: For me, my family is a major challenge when participating in one of these tournaments. Crazy things can happen, and the only thing that would hold me back from going to one of these tournaments would be my family. Otherwise I’d do my best to participate. I think that we should hold an interest meeting, gather up anyone we can, and hammer out a date that’ll work for everyone. If anyone has any issues, just communicate it to the organizers and we can work it from there.

NT: Do you believe these conflicts stem from a lack of interest?

B: It could be a lack of interest, because I for one am not opposed to playing custom games in the unit. Not everyone’s interests will align, but that shouldn’t stop them from playing siege. Whether it be custom, casual, or ranked, I’m open to playing it. No matter what I’m doing I’ll be honing my skills and refining them. 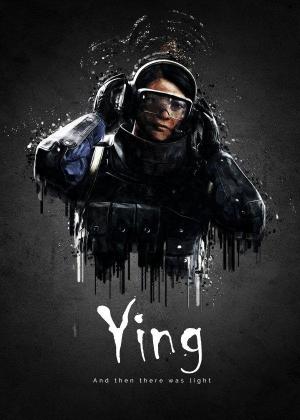 NT: What team are you apart of? Who leads that team?

W: Since launch, Siege has been a prevalent game for me.

NT: Was anyone involved in this process that might’ve driven you to getting it?

W: A bunch of my IRL friends all signed up for the beta and got into it. Initially it was a turn off as the gameplay varied greatly from the original Rainbow Six games. Rainbow Six Siege took a more competitive approach, more akin to CS:GO.

W: Competitive. I play to win.

W:  I try to play competitively with people who have a good game-sense and are well-versed in map knowledge. We’re able to communicate and feed information to each other that helps us win.

W: I think siege has its place in the unit alongside other gaming communities found throughout the 501st.

NT: Is it just one of the many vague shooters fielded by the unit? Or is the community’s involvement more in tune with that of the D&D Community despite existing on an entirely different game.

W: I believe Siege manages to stand out on its own with a lot of its core functions, but the “5v5 Competitive Shooter” has become a common feature in most shooter games. Similar to League of Legends’ 5 v 5 setup. Siege brings new things to the table, such as the varying operators and their gadgets.

NT: Despite recent cancellations, would you be interested in seeing another unit-wide tournament held over Siege?

NT: What are the biggest challenges when you’re trying to find time to participate in these tournaments?

W: The tournament’s planning should be done with consideration taken towards platoon operations in the 501st. With Winter Stand Down coming to an end, it’s important for large turnouts during the Galactic Campaign and for the platoons to show up in force. 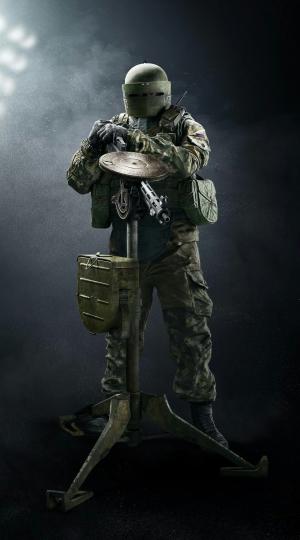 NT: What team do you lead?

Jackson: I lead Team Thanos LAAT, the largest of the 501st teams.

J: I have been playing Siege for about 4 years, started on xbox and transitioned to PC a couple years ago.

J: I play casually with 501st members and friends, but I play competitively with my university’s team.

J:  I wish Team Thanos LAAT was active enough and willing enough to learn some competitive strategies, but they aren’t - And none of the other teams are particularly active in tournaments.

J: The Siege community in the 501st is more casual and relaxed, most events aren’t even planned. If you feel like playing siege, you’ll just look to see if anyone is currently playing and join them.

NT: Were you apart of the tournaments held on the 9th and 24th of March last year?

J: I was present at the March 8th Tournament. I thought it was a lot of fun for my team, but it wasn’t fun for the Zeta Bois team.

NT: Would you be interested in seeing another unit-wide tournament held over Siege?

J: I would love to have another tournament, it’s just difficult to get others to attend.

As we’ve seen there is a desire from people in the unit to be active and competitive, but it seems most of us don’t mind playing casuals and calling it a night. Obviously, there is no right way to play, drone in casuals, play Low tier Operators, or just rushing an objective with 5 recruits. From Ranked to Terrorist Hunt, to the seasonal events all the way to “Pistols only”, there's plenty of ways to keep yourself entertained in Rainbow Six. And, with an Invitational coming soon, there's more things to do than ever. So, look for a squad and get to it.

The good news, is that with a little digging you'll be able to find people to play with. Be sure to check out the 501st Siege discord (CLICK HERE), and post in the “other games” channel in 501st main. You might be surprised who you can get a squad going with. In the meantime, the news team will keep checking cams and looking for stories around every corner. We hope you've enjoyed this two part series on two of the other games members of the 501st play.  Well see you soon, and hopefully we can have a bit of a Discord going forward.