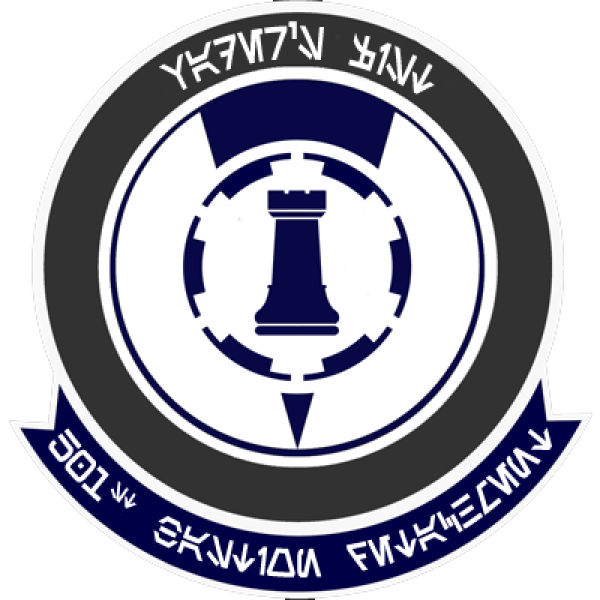 Clad in armored behemoths, the 501st has had the support of Mynock’s tankers for a little over a year now. Opening a new path for the Legion’s troopers to pursue careers as armored crewmen in both tanks and other numerous armored fighting vehicles. As the Legion’s 2nd supporting detachment, Mynock’s clear-cut mission continues to be the infantry’s mission, with the ongoing effort to provide them any support they require. With a complement of over 30 Personnel divided amongst four sections, the Bastion Detachment provides infantrymen with both fast yet hard-hitting options for completing their missions.

“The detachment [Mynock] was in dire need of more permanent leadership to keep it on the right track and offer stability.” - CC Delta

With CC Delta at the helm, Mynock’s staff have been introduced to new approaches to leadership. Finding both direction and guidance in their approach to every mission. The detachment’s current Commander has seen action both in the air and on the ground, enabling him to be an invaluable resource to the staff he works alongside in Mynock’s day to day operations. Since his assignment, the platoon as a whole has dedicated itself to attaining an efficient structure. Bringing crewmen closer than ever with each other, and their Section Leads.

“I’ve enjoyed my transition into Mynock overall, and I am glad that I was given the opportunity to be brought into the fold.” - CC Delta

“It could be said that the Detachment chose me for the position, rather than me acting on my own accord. Though I will say that I am glad that I accepted this position.” - CS-M Zulu

Weary of a new position, Zulu was present at Mynock’s very inception, applying out of an interest in armored warfare. An interest that would grow into something greater, a desire to be something greater. Now, working side by side with Delta as the Detachment’s NCOIC, Zulu has run the show on a day to day basis. Undertaking the responsibility of acting as the Detachment’s liaison from both above and below. The Sergeant Major has stepped up and risen to the occasion, improving and building upon both his own skill, and the skills of those around him. Compounded by the examples set from previous mentors, such as CS-M Verax & CX Scuba, Zulu’s work alongside Delta brings out the very best in Bastion, and will continue to do so in the foreseeable future.

Spread across Four Sections, Mynock’s NCOs lead those around them in the form of high tonnage war machines rather than infantry squads. Their training amounts to more than just tactics on the ground, but the numerous operating procedures built around individual platforms they field in the AO. Fighting vehicles, both tracked and wheeled face off against a seemingly endless array of threats to both themselves and the troops they support. The detachment’s crews are driven to be on their top-game at all times while driving past friendly-lines, or risk being entombed in plasma-scorched wrecks.

“Being air-mobile gives us the equal striking distance to carry on alongside infantry during their missions.” - CP Weiss

Before the detachment can start tackling problems in the field, first they’ll have to get there. Integrating armor into a traditionally Air Assault-based Company proves to be an interesting challenge for the detachment’s Section Leads. One that they’ve met headfirst and have overcome with the help of the Legion’s only other supporting Detachment, Razor. The usage of LAAT Gunships alongside Bastion’s tanks ensures that the lumbering giants can keep pace with anyone, even an Airborne QRF. 1st Section’s Lead, Sergeant Osprey explained that Mynock’s crews “Hitch-a-ride so to speak, and are brought in alongside infantry.” providing on-call fire support the moment they hit the ground.

“Flexibility is the goal we had in mind, so we aim to bring something new to each operation.” - CP Weiss

With such a diverse arsenal at their disposal, finding the “right tool for the job” is an important part of their mission. 3rd Section’s Lead, Sergeant Deus built upon that mission further, going on to explain Mynock’s “Two Primary Interests”, their Number One being to provide the best support possible for the detachment they’ve been paired with. Second to that, is to “Make sure we’re fielding vehicles which enable us [Mynock] to perform to the best of our ability.”

“The process is more or less trial and error, a difficult task really.” - CP TrueSight

Bringing together a multitude of different people into one place, Mynock continues to drive forwards to a better tomorrow. To become a part of that team, simply inquire with a Section Lead+ and they will get back to you with an application form. More information can be found in #mynock-open.