The 501st is scouring the sinkholes of Utapau to find Seperatist leader Commander Vix Slin. Cyclone Company has been hard at work to ensure General Grievous’s underling is found and captured before he can cause any more mayhem. Vix Slin has set up formidable defenses in hopes of counterattacking against the 501st’s vicious offensive. So far, Cyclone 1 has captured a T-Series who provided valuable intelligence on the enemy. Additionally, Nexu ARC Troopers secured the city of Shatapau, clearing it of rebel forces. It has been confirmed that the Separatists have been arming the rebel insurgents on Utapau, hoping that the rebels will overthrow the current Utapaun government. A mysterious benefactor has been undermining the efforts of the new Seperatist/rebel alliance by feeding the 501st transmissions regarding ‘The Four’.

The plan moving forward is for Cyclone 1 to clear Objective Roof and the surrounding town, Cyclone 2 (along with Mynock’s armor) to push west across the AO to secure the enemy’s airfield (where there may very well be another T-Series), and for Cyclone 3 to destroy Vix’s early warning radar station and his well-defended FOBs before the enemy can successfully counterattack. After this week’s major operation to end Vix Slin’s reign of terror, it will likely be Avalanche’s job to take down the nefarious Seperatist leader at the final objective: Objective Concrete. Stay tuned to see if the 501st’s Hailstorm Battalion can successfully rid Utapau of General Grievous’s villainous forces!

Special Thank You to CC Andromeda for the information

The abandoned city of Shatapau 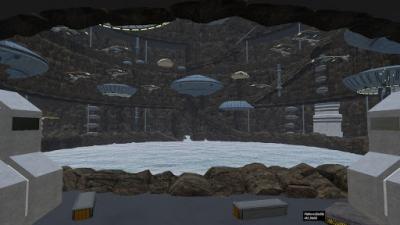